Beached Sea Turtles are large, decaying corpses of giant sea turtles along the western coast of Darkshore. It is unknown what type of creature might have killed them before they beached themselves.

Gwennyth Bly'Leggonde in Auberdine is interested in the remains of these creatures on behalf of the Temple of the Moon in Darnassus.

Note that while the quest can be picked up by higher level players, Gwennyth Bly'Leggonde was killed while trying to escape to Lor'danel, and so this quest cannot be completed. It will likely be taken out in a future patch or hotfix.

The quest Washed Ashore must be completed, before these quests become available. 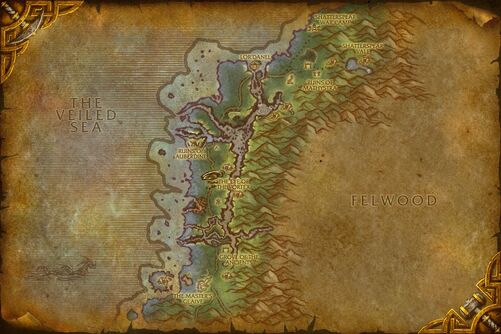