BlizzCon 2017 was a BlizzCon event hosted by Blizzard Entertainment that took place at the Anaheim Convention Center on November 3-4, 2017. There were more than 35,000 people who attended BlizzCon 2017.

An unexpected third batch of tickets was announced on June 21, 2017 after confirming that the convention center's new hall would be ready in time for BlizzCon.[2] 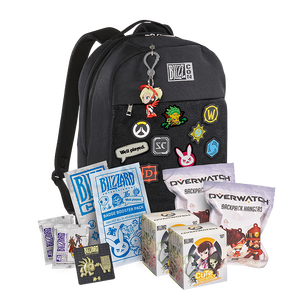 Customers can get the "epic package" for an additional $25 USD, which includes everything from the standard package plus the following:

Attending the event or purchasing a virtual ticket gave players access to: