Cannoneer Smythe is a human found at Northwatch Hold in the Southern Barrens. He is located near the shore bank, alongside the other cannoneers. It is unknown whether he survived the razing of Northwatch Hold. 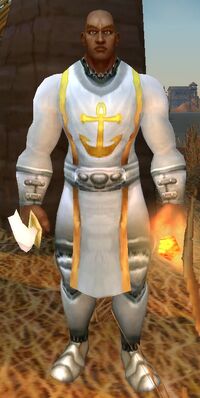 Cannoneer Smythe, named Cannonmaster Smythe, appears as a legendary Paladin card in the Forged in the Barrens expansion for Hearthstone. Its flavor text reads: ""Smythe, it's been a real blast serving the Alliance with you.""

He may be related to Zinnin Smythe, Julietta Smythe, Kristen Smythe, and Markel Smythe.