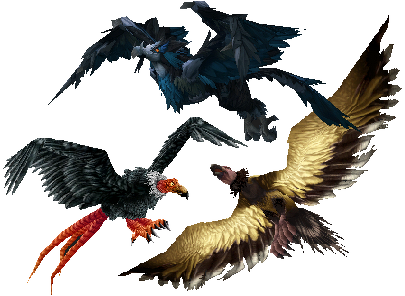 In The Burning Crusade, there is an Outland version of the carrion bird which includes two heads with brightly colored feathers. This version is found in Hellfire Peninsula and Terokkar Forest.

A carrion bird's meat and wings are suitable for consuming.[1][2]

The feathers of a carrion bird can be used to craft arrows.[3]

Carrion birds are useful to hold threat on multiple targets with its special skill, Demoralizing Screech. It's not seen very often as a hunter pet despite their desirable traits, possibly because their large wings can interfere with targeting.