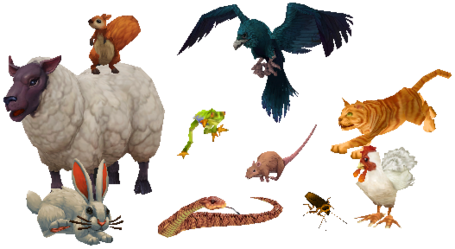 While critters are a kind of mobile object, in World of Warcraft, "mobs" differ from critters in that critters are primarily for ambiance, provide no direct experience and little or no loot, and are trivial to kill. There are subtle mechanical differences, such as critters cannot be targeted by use of the tab key.

Characteristics of critters in World of Warcraft

Interacting with critters is the objective of the following achievements: