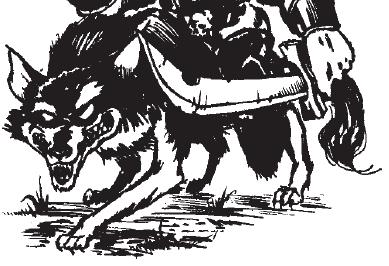 Darkwolves were the wolves used by the Orcish Horde during the First War. The riders of the darkwolves, orc raiders, used the wolves' speed and ferocity effectively. Darkwolves were penned in kennels during the First War, where they were bred and trained from an early age to crave the taste of human flesh. This made them savage in battle. The breeding of faster and stronger wolves became an art that greatly increased the effectiveness of the Horde raiders.

When baying during the bloodmoon, the darkwolf's howl rises in pitch.[1]

Darkwolves may have been domesticated garn or dire wolves.