In my folly, I'd thought Valduran's project at Narvir's Cradle, a large construction area to the south, no more than a grotesque monument to "Keeper" Loken's cruelty.

Now we know the truth, that it was meant to be used as a weapon against us and our allies. We must not allow this iron colossus to reach completion, <name>, for it will mean the end of the refuge.

Go to Narvir's Cradle, find the lightning forges the stormforged artisans use, and sabotage them.

Were you able to hamper them by sabotaging the forges?

Excellent work! Oh, it won't stop the iron dwarves, but it'll take them valuable time to rebuild those forges. I daresay we've gained the advantage.

The three forges are all on the ground level in a line about 100 yards apart. They're more west to east than north to south, though. 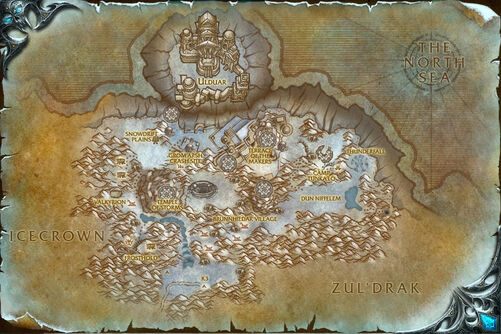