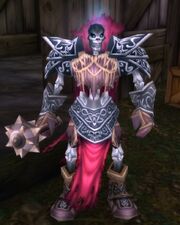 Devlin Agamand is a skeleton found at the Agamand Mills in the Tirisfal Glades. He is a minion of the Scourge who betrayed his family.

Devlin was the youngest of the two Agamand brothers. Unlike Thurman, who was gentle and kind, Devlin was weak, and had a sharp tongue. When Tirisfal came under attack, Devlin made a deal with the Scourge. What he was promised is unknown, but the pact was a lie. He murdered two guardsmen, allowing a small force of Scourge to enter the mills. He and the Scourge then proceeded to slay a third of the defenders before they withdrew. He warned that if the family stood against him, they would die, though it is unknown if it was a warning or he was gloating. 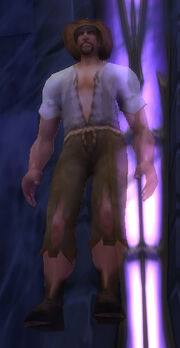 The spirit of Devlin Agamand