For API events that can be handled by the UI or addons, see Events. 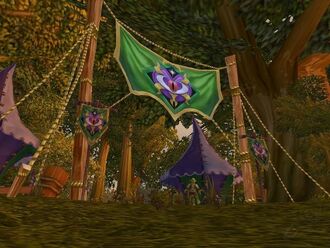 The Darkmoon Faire is one of the most iconic events in World of Warcraft.

Events in Azeroth (also known as World Events, Seasonal Events or Holidays when appropriate) run the gamut from small yet ferocious free-for-all skirmishes for loot, to world-wide friendly celebrations, to ongoing military campaigns. An event of this kind is defined, with one exception, by being only available in the game at certain times and not others, ranging from several times a day, to annually, to one-time historical happenings never to be seen again. Below are some of the events, which are fun if you ever get around to them.

The Gurubashi Arena Booty Run helped to consolidate the popularity of PvP within Stranglethorn.

Over the course of Azeroth's troubled history, the times of celebration have fallen under the shadow of the conflicts that have shaped and scarred the world. Every day, as new challenges surface, new champions answer the call to arms, relishing the glory and the rewards of battles well fought. Below are details of some of the current disturbances warranting investigation - and participation - by the world's most adventurous heroes.

The Feast of Winter Veil was the first seasonal event in World of Warcraft.

To help offset the strain and tension of constant warfare, the leaders of the Horde and the Alliance occasionally organize full-blown festivities for their people, centered around holidays and special events. What better way to celebrate the year's victories and other achievements than in the company of a few thousand of your closest allies?[2]

The Brewfest holds the the Guiness World Record for the Largest Virtual Beer Festival.[3]

The Great Gnomeregan Run idea originally came from a player who organized it for charity purposes.

First introduced in patch 7.1.5, these new "micro-holiday" events offer brief holiday-style activities for players to take part in. Unlike the larger holidays like Hallow's End, which run for weeks, these micro-holidays usually only last a day or two, and often involve specific events taking place in the world or celebrate important moments in Azeroth's history. These micro-holidays are only meant for fun and therefore do not offer any significant rewards like permanent pets or mounts, but can still provide some variety and opportunities for hijinks, as well as breathing new life into some of the more static parts of the game world.

A number of one-time-only World Events have occurred throughout the game's history. Most of these events have either directly resulted in changes to the game world or were pre-cursors to expansion packs. They are distinguished from removed content by the fact that they were planned to last only a short time after release (at most one major patch) rather than being removed due to either considerations for new content or gameplay concerns, updates, and other fixes. Note that simply being introduced and removed quickly (e.g. a quest added in patch 3.3.5 and removed for The Shattering) does not qualify something as a One-Time Event or part of one - it must be related to a unique period or occasion. 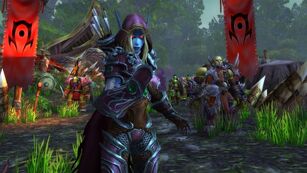 The War of the Thorns was the first of the unique events to feature world quests.

Operation Gnomeregan is an example of a unique pre-expansion event.

The opening of the Gates of Ahn'Qiraj was one of the first unique events in World of Warcraft.