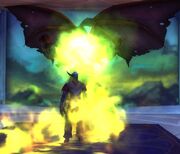 Doomguard exhales fel on his target. 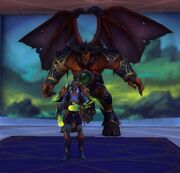 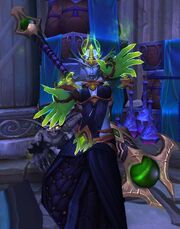 The Felborne[1] are a group of nightborne who have fully embraced the fel energies of the Burning Legion, turning their eyes green and their skin lighter with a green taint. Nightfallen can also be turned into Felborne, which cures them but makes them hunger for souls.[2] Even after the Legion's defeat in Suramar, the Felborne continue to serve the demons and can be found on the Broken Shore.

Felborne are based in the Court of Stars and the southern part of the Crimson Thicket.

Several units were also seen aboard Kil'jaeden's command ship in the Twisting Nether.

The most common way to become a felborne is to let a doomguard exhale fel on his target.[3]