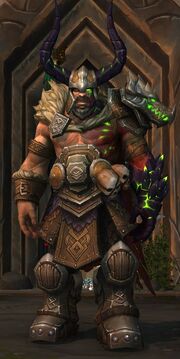 The Felsworn are mortals who have sworn fealty to the Burning Legion. In return, they were gifted with fel power. 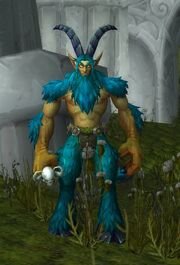 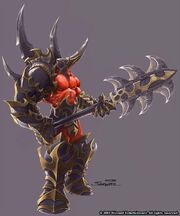 The fel-sworn are those who have begun to transform due to their exposure to the energies of the Burning Legion. Their bodies have warped and twisted to take on a new shape as their souls become more and more evil. While they might start out resembling normal members of their race, their demonic features develop until they are terrifying beings, half humanoid and half demon.

Some mutations include the ability to see in the dark or breathe fire. Other fel-sworn have been known to grow wings, talons, fangs, horns, or scaly hides. Some have even grown in size. Their ranks are often formed of former warlocks or those who have been exposed to fel poison or spells using fel energy.[5]