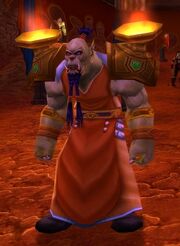 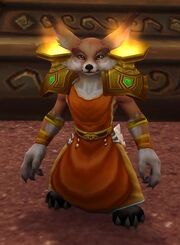 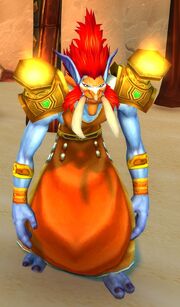 A Flame Keeper is a Horde NPC that watches over the Horde Bonfires throughout Azeroth, during the Midsummer Fire Festival. Each keeper is named after the zone they reside in (most of the time). They are followed by Festival Scorchlings.

Welcome, <class>. Have you come to honor this flame?

Remember: Our festival fires burn in every land with a Horde settlement. Make time to honor each of them, if you can.

The Alliance, too, burns fires of their own. You would do well to desecrate such unworthy efforts when you see them.