Forum:Dev section and Dev inline for lore based only on single answer in an interview or on twitter

From Wowpedia
Jump to: navigation, search
Forums: Village pump → Dev section and Dev inline for lore based only on single answer in an interview or on twitter

I sort of feel there should be a separate icon for lore that is only based on single answer in an interview or on twitter. 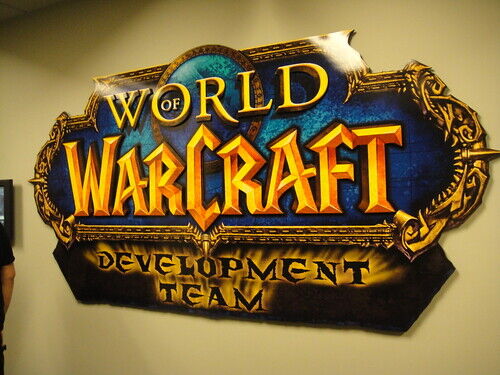 Dev-section would have text along the line of: "This section concerns content based on a developer interview or statement" similar to

Examples of this type of lore is Cenarius#Spirit_within_the_Emerald_Dream, Thros in the Nightmare, Kul Tiras moved by tectonic plates.

Other types of lore are marked for their source, this means this content is no less or more canon, it should be mark as such in my opinion.

I don't really think this is needed.
First off an icon is not what makes a section or page canon or not. For example RPG sections have an icon, but they're not canon.
Secondly you'll notice that this is mainly for external content, content that is from outside the game: novels, comics, etc. For everything else - so, by default - we assume that the source is the game itself, or the people working on the game. Which is why they don't neeed an icon.
(We do have expansion icons as well, but I guess this is because expansions are sort of like individual games by themselves and it helps when different sections are about different expansions.) -- — MyMindWontQuiet 15:48, 6 May 2020 (UTC)

It's exactly for specifying a source is "the people working on the game" (such as twitter or question response of an individual developer in a live interview) that appear only as such rather then a game/expansion (with it's official website or manual lore material) which are marked as such. This would be treated just as any other source it's just that the current markers don't fit for this type of lore. In place of the icon it can just as well be in text like this "<DEV>", it's not hard to make and the cases of such lore are comparatively in smaller number then other types of sources but when treating a large topic it would be useful to show it this way if there is a piece of lore that appears only in this way. Mrforesttroll (talk) 16:55, 6 May 2020 (UTC)

We usually use these headliners in order to separate "big" chunks of lore. When the paragraph is too short or deals with multiple different kind of sources we don't use them. Dev answers, either on an interview or a tweet, tend to be short and few in number, so we wouldn't be using this much, thus it is not likely necessary. --Ryon21 (talk)

Yes, we usually use inline sections to separate big chunks of text. These chunks usually come from the same source and are about a single topic, so it makes sense to say "hold on, this whole paragraph is related to that novel". Lore from interviews is usually way shorter and can be merged in normal text so I don't see how dev sections would work. Xporc (talk) 18:53, 6 May 2020 (UTC)