This article is a copy of "Classes", an official article from the 2010 BattleNet World of Warcraft Site. These articles overviewed the classes in World of Warcraft prior to Legion. The original articles are no longer available, but they can still be viewed through online archives (see below).

This new and improved class guide contains more information about each of World of Warcraft’s classes with a description of their abilities, playstyles, and history in the world of Azeroth. 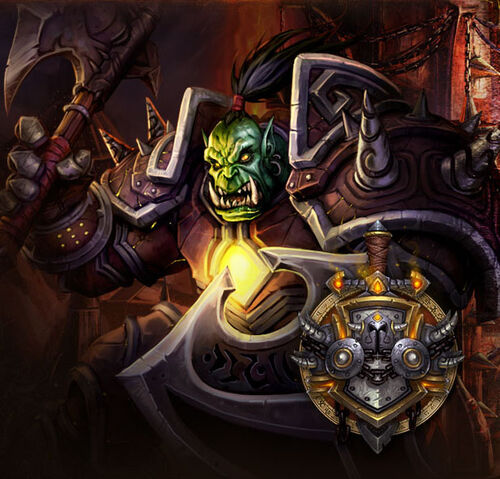 For as long as war has raged, heroes from every race have aimed to master the art of battle. Warriors combine strength, leadership, and a vast knowledge of arms and armor to wreak havoc in glorious combat. Some protect from the front lines with shields, locking down enemies while allies support the warrior from behind with spell and bow. Others forgo the shield and unleash their rage at the closest threat with a variety of deadly weapons.

The warrior’s battle cries embolden friends and leave foes cowering in fear. With legendary precision, warriors target the smallest gaps in armor and slice at hamstrings in a blur of steel.

Every dragon slain, corrupted tyrant toppled, and demon banished from Azeroth has trembled in the face of these lords of war. 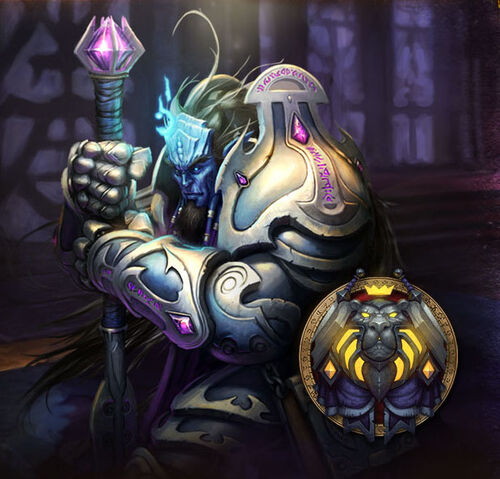 This is the call of the paladin: to protect the weak, to bring justice to the unjust, and to vanquish evil from the darkest corners of the world. These holy warriors are equipped with plate armor so they can confront the toughest of foes, and the blessing of the Light allows them to heal wounds and, in some cases, even restore life to the dead.

Ready to serve, paladins can defend their allies with sword and shield, or they can wield massive two-handed weapons against their enemies. The Light grants paladins additional power against the undead and demons, ensuring that these profane beings corrupt the world no longer.

Paladins are not only zealots, but also guardians of the righteous, and they bestow blessings on those the Light would shine upon. The Light radiates from paladins, and worthy allies who stand near them are emboldened by its power. 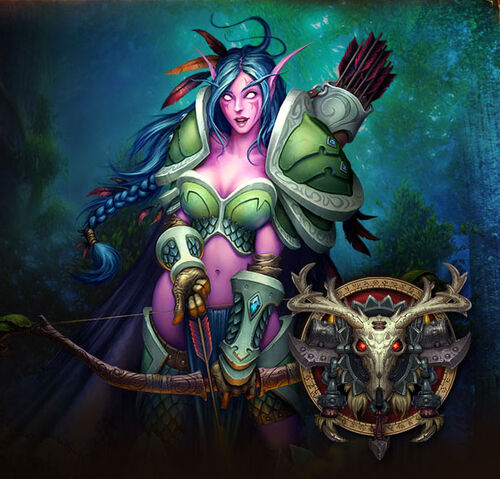 From an early age the call of the wild draws some adventurers from the comfort of their homes into the unforgiving primal world outside. Those who endure become hunters. Masters of their environment, they are able to slip like ghosts through the trees and lay traps in the paths of their enemies.

These expert marksmen drop foes dead in their tracks with flawless shots from a bow or rifle. Thanks to their pinpoint timing, hunters are able to fire their ranged weapons quickly – even at enemies who close to melee range with them.

The art of survival is central to the isolated life of a hunter. Hunters track beasts with ease and enhance their own abilities by attuning themselves to the feral aspects of various creatures. Hunters are known for the lifelong bonds they form with animals of the wild, training great hawks, cats, bears, and many other beasts to fight alongside them. 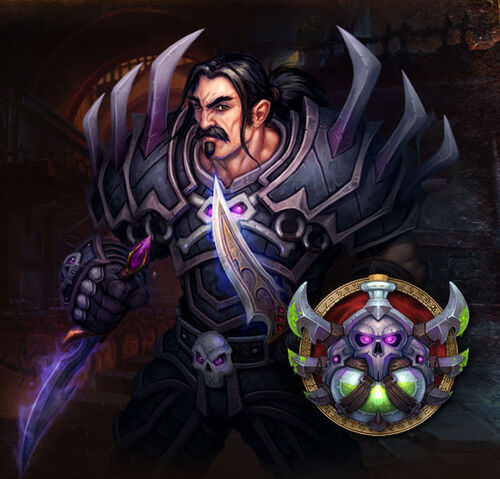 For rogues, the only code is the contract, and their honor is purchased in gold. Free from the constraints of a conscience, these mercenaries rely on brutal and efficient tactics. Lethal assassins and masters of stealth, they will approach their marks from behind, piercing a vital organ and vanishing into the shadows before the victim hits the ground.

Rogues can dip their weapons in paralyzing toxins that render foes unable to defend themselves. These silent stalkers wear leather armor so they can move unencumbered, ensuring that they land the first strike.

With the rogue’s poisons and speed, the first strike is often the last step before the killing blow. 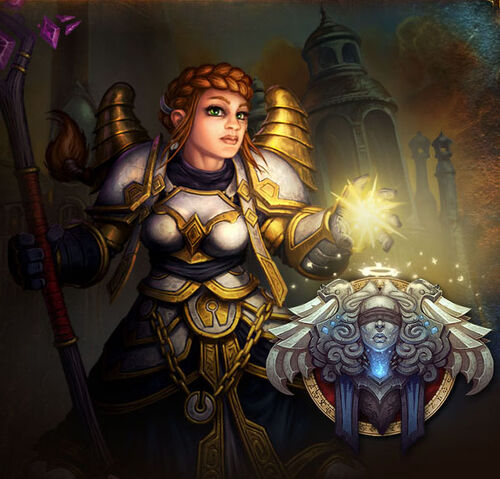 Priests are devoted to the spiritual, and express their unwavering faith by serving the people. For millennia they have left behind the confines of their temples and the comfort of their shrines so they can support their allies in war-torn lands. In the midst of terrible conflict, no hero questions the value of the priestly orders.

These masters of the healing arts keep their companions fighting far beyond their normal capacities with an array of restorative powers and blessings. The divine forces at the priest’s command can also be turned against foes, smiting them with holy fury.

As light cannot exist without darkness, and darkness without light, some priests tap into shadow to better understand their own abilities, as well as the abilities of those who threaten them. 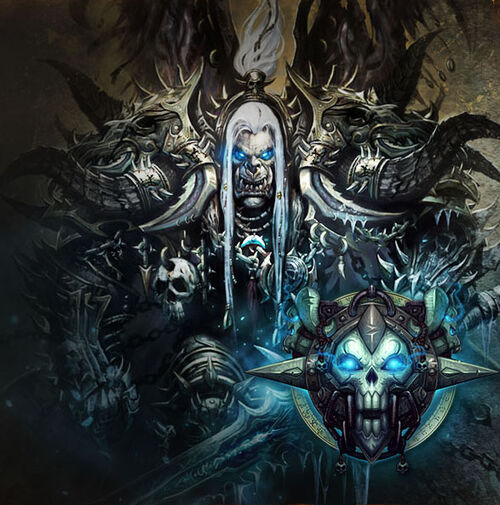 When the Lich King’s control of his death knights was broken, his former champions sought revenge for the horrors committed under his command. After their vengeance was won, the death knights found themselves without a cause and without a home. One by one they trickled into the land of the living in search of a new purpose.

Frost sharpens their strikes; blood fortifies their bodies; and undeath allows them to erupt in unholy rage in the heat of battle. A thousand atrocities are etched in the eyes of every death knight, and foes who gaze into them too long will feel the warmth pulled from their bodies, replaced with cold steel. 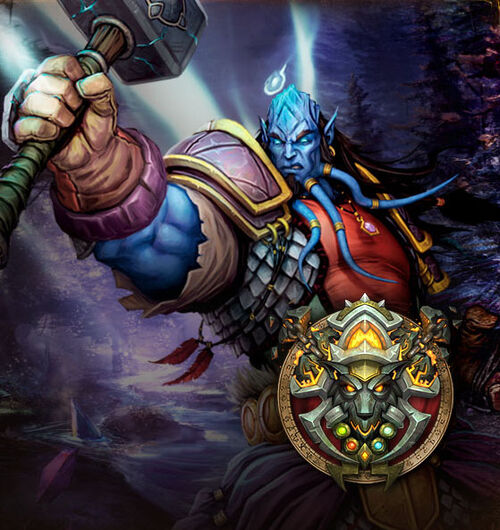 Shaman are spiritual guides and practitioners, not of the divine, but of the very elements. Unlike some other mystics, shaman commune with forces that are not strictly benevolent. The elements are chaotic, and left to their own devices, they rage against one another in unending primal fury. It is the call of the shaman to bring balance to this chaos. Acting as moderators among earth, fire, water, and air, shaman summon totems that focus the elements to support the shaman’s allies or punish those who threaten them.

These masters of the elements can also call upon elemental forces directly, unleashing torrents of lava and bolts of lightning against foes. The elements can create, destroy, support, and hinder.

The experienced shaman balances the vast spectrum of these primordial forces into an array of diverse abilities, making shaman versatile heroes and valued members of any group. 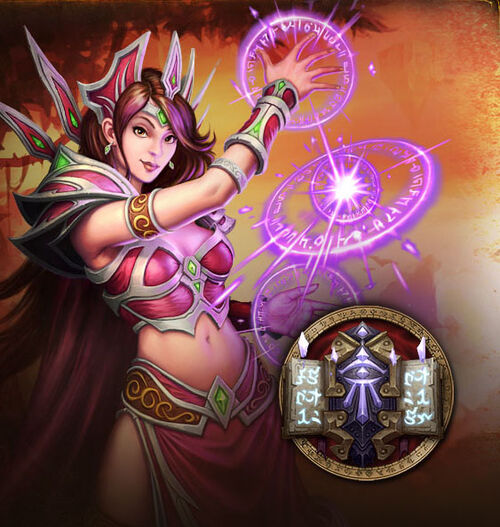 Students gifted with a keen intellect and unwavering discipline may walk the path of the mage. The arcane magic available to magi is both great and dangerous, and thus is revealed only to the most devoted practitioners. To avoid interference with their spellcasting, magi wear only cloth armor, but arcane shields and enchantments give them additional protection. To keep enemies at bay, magi can summon bursts of fire to incinerate distant targets and cause entire areas to erupt, setting groups of foes ablaze.

Masters of ice can command blizzards that tear into flesh and limit movement. Should enemies manage to survive this assault, the mage can shrink them into harmless sheep in the blink of an eye.

Powerful magi can even generate enhancements and portals, assisting allies by sharpening their minds and transporting them instantly across the world. 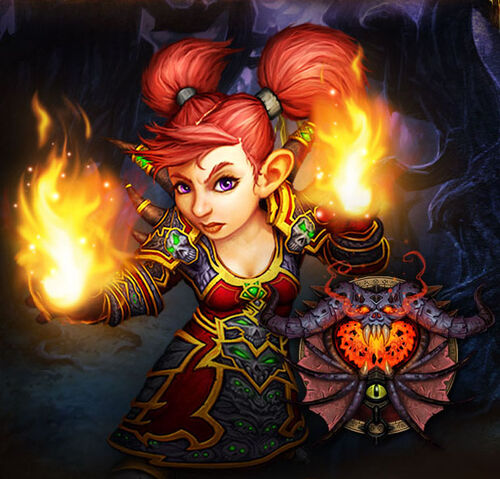 In the face of demonic power, most heroes see death. Warlocks see only opportunity. Dominance is their aim, and they have found a path to it in the dark arts. These voracious spellcasters summon demonic minions to fight beside them. At first, they command only the service of imps, but as a warlock’s knowledge grows, seductive succubi, loyal voidwalkers, and horrific felhunters join the dark sorcerer’s ranks to wreak havoc on anyone who stands in their master’s way.

Warlocks can ignite distant enemies in searing flame, send them fleeing in terror and pain, or afflict them with corrupting diseases and curses that steal the victim’s vitality.

These practitioners of the profane are feared across Azeroth, and many who have felt their wrath now prefer to fight alongside a warlock than against one. 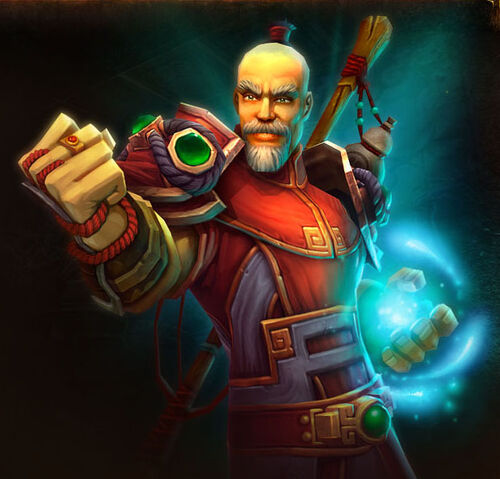 Masters of bare-handed combat, monks never rely solely on the need to have a weapon in their hands to defend against their enemies. Although most widely known to the outside world for their fearsome jabs and flying kicks, they refuse to limit themselves to a single method of combat. Many monks prefer instead to “soak it up” and seem to revel in the intoxicating effect of absorbing blow after blow while their companions press the attack. Other monks specialize in calling upon the restorative power of the mists to balance the good and bad energy within people, returning them to good health and fortune. 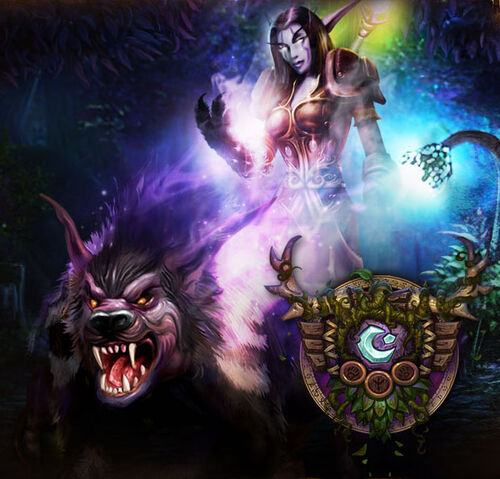 Druids harness the vast powers of nature to preserve balance and protect life. With experience, druids can unleash nature’s raw energy against their enemies, raining celestial fury on them from a great distance, binding them with enchanted vines, or ensnaring them in unrelenting cyclones.

Druids can also direct this power to heal wounds and restore life to fallen allies. They are deeply in tune with the animal spirits of Azeroth.

As master shapeshifters, druids can take on the forms of a variety of beasts, morphing into a bear, cat, storm crow, or sea lion with ease. This flexibility allows them to fill different roles during their adventures, tearing enemies to shreds one minute and surveying the battlefield from the sky the next. These keepers of the natural order are among the most versatile heroes in Azeroth, and they must be prepared to adjust to new challenges on a moment’s notice. 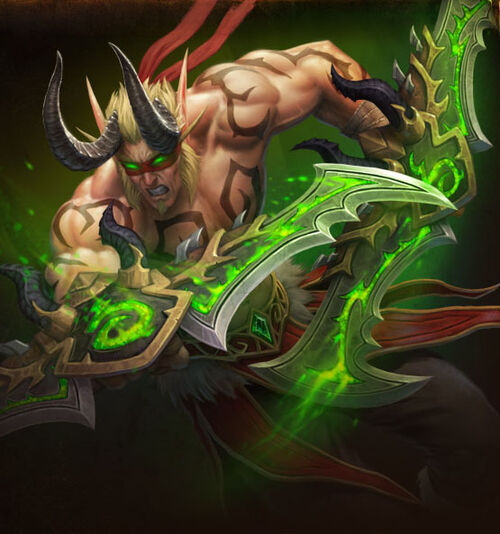 Demon hunters, disciples of Illidan Stormrage, uphold a dark legacy, one that frightens their allies and enemies alike. The Illidari embrace fel and chaotic magics—energies that have long threatened the world of Azeroth—believing them necessary to challenge the Burning Legion. Wielding the powers of demons they’ve slain, they develop demonic features that incite revulsion and dread in fellow elves.

Demon hunters ritually blind themselves in exchange for spectral sight that enables them to better sense their prey. This enhanced awareness, together with their great agility and magical prowess, makes demon hunters unpredictable adversaries. An Illidari’s quarry has much to fear.