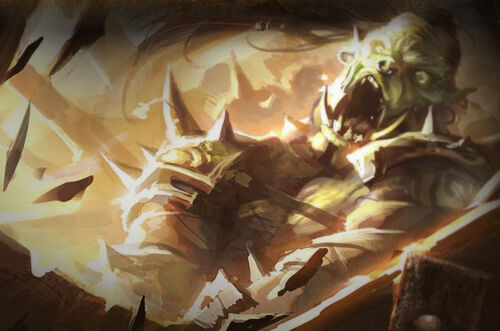 Factions are groups of people with shared goals that you can choose to support, ignore, or even outright oppose. Most commonly, you’ll find them in major towns and cities, but they’re also present in out-of-the-way places.

If you help a faction out by killing a certain type of monster or completing a particular quest or task on their behalf, your reputation among that faction will increase. As your reputation reaches certain thresholds (e.g. Friendly, Honored, etc.), you can purchase unique, faction-exclusive equipment from their quartermasters, either with gold or special currency. At higher reputation levels (Revered, Exalted), you’ll earn access to the best faction-specific rewards – epic-level weapons , decorated war mounts, and more.

Where do I start?

Take a look at the list below to find a faction that’s appealing to you – either because you like what they’re saying, or because you like what’s in their quartermaster’s inventory. Then, head to their home base and speak with their leader. Factions have diverse tasks to complete and rewards to offer, so if you’d rather win acclaim by slaying foes on the battlefield instead of searching ancient ruins for lost lore, there’s a faction who’ll agree with you, and pay you for it.

This isn’t a comprehensive list of every faction in Azeroth – there are over a hundred, and not all of them work in the open. Hunting down the banner or signature blade of a lesser-known faction can give you a unique look, new power or a wild story to tell.

The last emperor of the pandaren and the source of their unique worldview, Emperor Shaohao became one with the land thousands of years ago to protect Pandaria from the horror of the Sundering. Shaohao’s spirit dwells on the Timeless Isle, where you can speak with him and see your attempts to preserve Pandaria rewarded.

Level 90 | Tavern in the Mists, The Veiled Stair

Wrathion is the child of Deathwing the Destroyer and one of the last remaining black dragons, and he has a plan for Azeroth. You may be of some use in it.

The Blacktalon Quartermaster, located in the Tavern in the Mists at the Veiled Stair.

These ancient mantid paragons place the cycle of their race’s birth and feeding above all else – including the lives of lesser races and even the existence of their own tainted Empress.

The heroes of the Golden Lotus order are chosen from birth to devote their lives to the care and protection of the hallowed Vale of Eternal Blossoms.

Jaluu the Generous, located in the Shrine of Seven Stars

Weng the Merciful, located in the Shrine of Two Moons