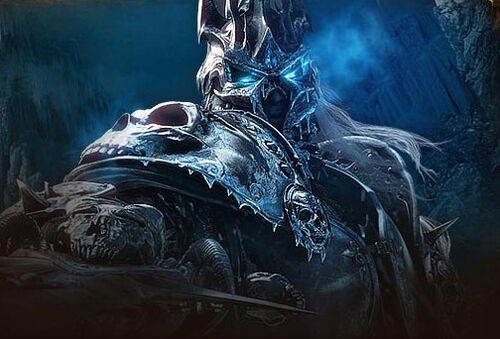 Led by Tirion Fordring, the Argent Crusade combines the reformed Order of the Silver Hand with the Argent Dawn in one final push against the forces of the Lich King.

The mages and archmages running the city of Dalaran. Faced with the rising threats of the Blue Dragonflight and the Scourge, they've transported their city to the heart of Northrend.

Freed from the grasp of the Lich King, his former Death Knights have regrouped against him under the banner of Highlord Darion Mograine.

Under a pact by Tirion Fordring and Darion Mograine, the Argent Crusade and the Knights of the Ebon Blade have set aside their differences during the attack on Icecrown Citadel until the Lich King is slain.

The tuskarr are a tough but peaceful people who derive their livelihood from fishing and whaling. Their settlements have recently come under fierce attack and welcome any allies who would come to their aid.

The Sons of Hodir

The frost giants of the Storm Peaks are a war-like race that makes their home in Dun Niffelem.

With the Blue Dragonflight's violent upheaval against all mortal users of magic, the remaining dragonflights have banded under the leadership of the Red Dragonflight to combat their wayward kin.

The combined forces of the Alliance in Northrend, lead by the Valiance Expedition, but also including civilian groups such as the Explorer's League. Faction: Alliance Leader: King Varian Wrynn Quartermaster: Logistics Officer Brighton

This organization seeks to find the origin of the dwarven race by collecting Titan artifacts. Their most recent research has led them to various archeological sites in Northrend. Faction: Alliance Leader: Brann Bronzebeard Location: Ironforge

A militant core of high elves that rejects the admission of blood elves into the Kirin Tor. They've united under the banner of Vereesa Windrunner and joined the Alliance forces in Northrend. Faction: Alliance Leader: Vereesa Windrunner Quartermaster: Hiren Loresong Location: Dalaran City

The combined forces of the Horde in Northrend, spearheaded by the Warsong Offensive.

The Hand of Vengeance

The Forsaken tasked by Sylvanas Windrunner with enacting Undercity's vengeance against Arthas by delivering the latest strain of their deadly Plague.

Traditionally barred from Dalaran, the Horde has been accepted into the city through the efforts of Archmage Aethas Sunreaver. His followers have taken up his name and watch over the ward known as Sunreaver's Sanctuary.

These hardy people are cousins of the Tauren and have become valuable scouts for the armies of the Horde as they march northward.

Garrosh Hellscream commands the Horde's main expeditionary forces as they make their way into Northrend to face Arthas and the armies of the Scourge.

Driven from their lands by the Scourge, this fierce tribe of wolvar stumbled upon Sholazar Basin, where they intend to make their new home. Their aggressive nature has put them at odds with the various gorloc tribes known collectively as the Oracles.

The gorlocs of Sholazar Basin are a race of reptilian creatures who see themselves as guardians of the titan technology that remains in the zone (though they understand little of it). They find themselves in an escalating territorial war with the wolvar.