Gold buying refers to an act in which a player trades real money (such as US dollar, Euro, etc) for the in-game virtual money (gold). This is conducted via third-party services. Blizzard does not offer any equal service. Several companies which offers this kind of service exist, often offering additional services such as power leveling, reputation leveling, profession leveling, etc. Most such companies (if not all) have their respective internet sites, each claiming to offer the best prices and performances. Naturally, all these services are also traded for real money. The act of buying gold, or any similar offer, is considered very risky as it often endangers the player's account to hijacking. A person who sells money and/or announces the service of it is called a gold seller. Blizzard has several times stated that they do not approve of gold buying, nor of any other similar action which includes third-party companies selling virtual in-game World of Warcraft services in return for real money.

We would like to make a clear statement here about the negative impact of buying gold and using power-leveling services. Every day, we encounter players who have been negatively affected and targeted by companies offering these services. So, we hope to raise awareness about the practices they engage in and the detrimental effects they have on all players, including their own customers, as well as on the game environment as a whole. 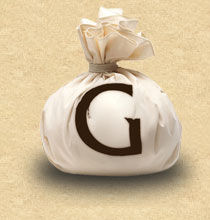 What many people don't realize when buying gold is the large impact it has on the game economy, and also how the companies selling gold obtain it. Our developers, in-game support, and anti-hack teams work diligently to stop the exploits these companies use and help players who have become victims of their services. We regularly track the source of the gold these companies sell, and find that an alarmingly high amount comes from hacked accounts. These are the friends, relatives, and guildmates you may know who have gone through the experience of having characters, gold, and items stripped from them after visiting a website or opening a file containing a trojan virus. Our teams work to educate players and assist them in avoiding account compromise, but the fact remains that the players themselves are often these companies' largest target as a source for gold, which the companies then turn around and sell to other players.

Through our normal support processes and the assistance of players, we also find that many accounts that have been shared with power-leveling services are then hacked into months later, and all of the items on the account are stripped and sold off. Basically, players have paid money to these companies, sometimes large amounts, and they're then targeted by these same companies down the road. We come across stories every week of the aftereffects of players using these services, and some players now have to deal with long-term repercussions -- in addition to consequences such as possible account suspension or closure, in many cases the companies they paid use their personal information to perpetrate identity theft and credit card fraud. These are long-lasting effects on players' personal lives that can take years to recover from. 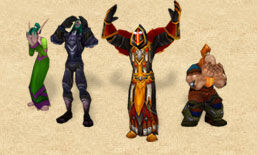 We also want players to recognize that these companies often employ people to do their work through the use of disruptive hacks in the game, which can cause realm performance and stability issues. The companies essentially take time away from our development and in-game support efforts as we work to stop their exploits and assist players who have become their victims in recovering characters and items. They spam advertisements, use bots that make it hard for players to find the resources they need, and raise the cost of items through inflation.

The negative effects these companies create depend directly on people using their services. Without them, the companies have no way to continue their unethical actions. Furthermore, it's important to keep in mind that players are responsible for what happens with the account they play on. Selling gold for real money and having characters power-leveled are violations of our Terms of Use and End User License Agreement, and we regularly take corrective action when we find that these services have been used. We hope the information presented here is helpful to anyone considering buying gold or using a power-leveling service; these are just a few reasons that those services can negatively impact World of Warcraft and other games, and we strongly encourage players not to support the companies that offer them.