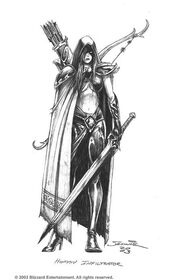 Infiltrators can be found in the forces of the Alliance, Horde, and hostile or neutral factions. They mostly appear as rogues and assassins, but spellcasters are also known to exist.

Infiltrators are a select group tasked with protecting the Alliance, whether from the attacks of the Horde or by those who would attempt to shatter it from within by manipulating internal rivalries. The infiltrator is a manipulator, a charmer, and a spy who wear their weapons hidden beneath fine clothing as they dive into the dark waters of politics, diplomacy, and intrigue.[1]