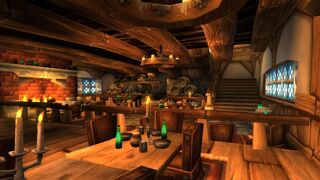 The Lion's Pride Inn of Goldshire 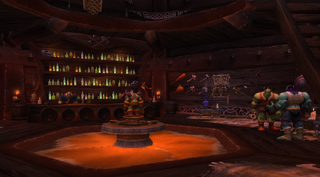 The Broken Tusk in Orgrimmar

“Rest and relaxation for the tired and cold -- that's our motto! Please, take a seat by the fire and rest your weary bones.”

An inn is generally any establishment with an innkeeper that may serve as a binding point for hearthstones. In a broader sense, inns often contain many more defining amenities including drink and food vendors, stable masters, mailboxes, trainers, and quest givers, among others.

Most settlements on Azeroth and beyond contain an inn or tavern, and the more developed of these will have their own separate buildings for this purpose. An inn will generally act as a rest area with some form of sleeping arrangement (bed, hammock, alcove, etc.) though this may vary greatly by location and culture. Additionally, inns normally have their own atmospheric music and Blizzard has published these songs in an album: Taverns of Azeroth.

These establishments can be distinguished from bars and taverns by the presence of an innkeeper and the availability of lodgings as opposed to just consumables; many establishments may act as both inns and taverns, or either one separately.

Design and variation of inns

Inns come in a variety of styles and layouts. Generally, each race or culture has its own distinctive inn layout. For example, night elven inns tend to be large, spacious, and wooden. Inns, along with all other assets, also develop and change as new expansions are released.

In the original World of Warcraft, inns were aesthetically comfortable, welcoming places, while the inns of The Burning Crusade often seemed poorly equipped and bare by comparison, with some not even having a proper chair let alone a bed. This was in keeping with the theme of the expansion and the desolate world of Outland. In Wrath of the Lich King, happily, there were some newly-designed and large luxurious inns, a welcoming return to the feel of the original game. By the time of Cataclysm, the old inns of Azeroth once again became those of the expansion, while in Mists of Pandaria, entirely new structures and styles based around pandaren culture were introduced.

This section contains information that is out-of-date. Reason: Legion & BfA 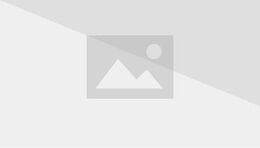 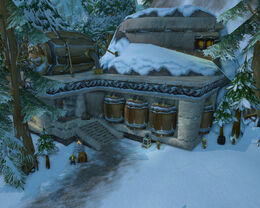 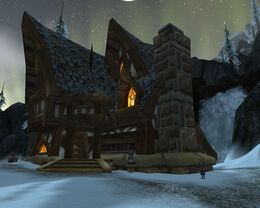 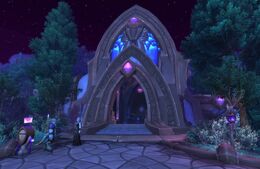 The Silken Pillow in Shadowmoon Valley 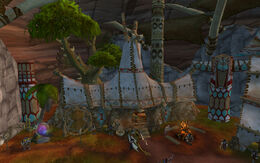 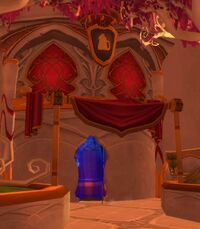 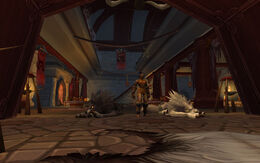 The Filthy Animal, the main Horde inn of Dalaran 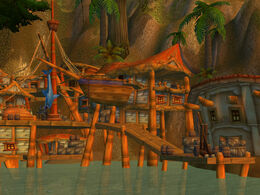 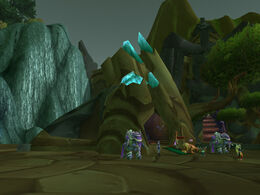 The Aldor Inn of Shattrath City 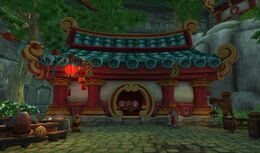 The Dancing Serpent, one of many inns and taverns in Pandaria 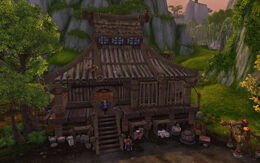 A tavern as it appears in Warcraft III

In Warcraft III, a tavern/inn was a place from which neutral heroes were hired and could be revived instantly for a price.