Wowpedia
Register
Don't have an account?
Sign In
Advertisement
in: Lion seals, Wrath of the Lich King

This article is about the race in general. For the Howling Fjord mob, see Lion Seal. 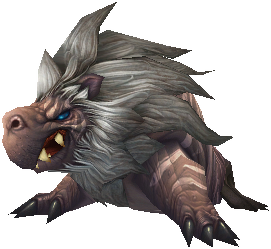 The lion seal is a bulky, aggressive species of seal that first appeared in Wrath of the Lich King. They have short, jagged teeth, a large snout, and a fluffy mane. A plaque in the Suramar Menagerie claims that lion seals are named for their fearsome roar, "similar to that of the common Land Lion". However, the lion seals in the Menagerie have supposedly become shy due to captivity and thus no longer roar.[1]

Lion seals seem to be distinct from sea lions, which have a much more streamlined appearance and are rarely, if ever, seen out of water.

[Sea Calf] is purchasable for 50 Nat's Lucky Coins from Nat Pagle at the Garrison Fishing Shack.