For the similarly-named Azerite trait, see

[Lord of War]. For the garrison mission, see

Lord of War. For the title, see Lord of War (title).

Lords of War is a series of animated shorts telling the backstories of the prominent orc characters from Warlords of Draenor. The stories are told by Vindicator Maraad, who faced all of these orcs before in the main timeline. It is a part of the Savage World literature. 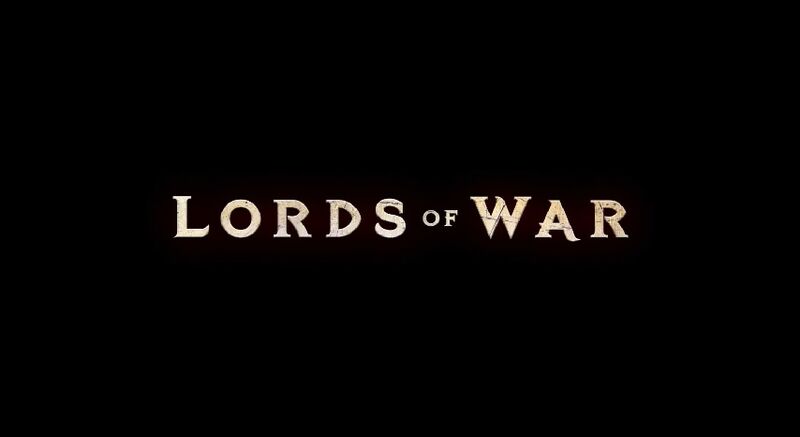 Conflict defined the realm of Draenor before the creation of the Dark Portal; fearsome orc clans clashed bloodily with domineering ogres, reverent draenei, and one another. Come face-to-face with a savage world’s most dangerous luminaries… and witness the fateful moments when they made themselves into legends.

Before Kargath was a warlord, he was a slave. Before he ruled the Shattered Hand, he was a gladiator. Before he found deliverance, he sought vengeance.

Grommash Hellscream's legend was not born from mere brutality or conquest. His indomitable will helped him survive the impossible... but only after his recklessness nearly cost him everything.

The unforgiving land of the Frostwolf clan does not reward sentiment. When young Durotan's mother fell deathly ill, he had a choice: Allow her life to come to a natural end, or pay a heavy price to save her.

The Bleeding Hollow clan once stood on the verge of extinction. To escape death, Kilrogg Deadeye first needed to embrace it.

Vindicator Maraad battled the demonic orcs of the first Horde. He witnessed the slaughter of his people in Shattrath. It was the draenei's darkest day, and Maraad's greatest test... and the memory of his actions have haunted him ever since.

Despite some fans arguing that the stories depicted in the lore mini-series only apply to the alternate Draenor, Micky Neilson confirmed that they apply to both universes; otherwise, Maraad couldn't have known about alternate backstories he hadn't experienced.[1][2]

In Beyond the Dark Portal, it was hinted that Kilrogg had seen himself dying in Auchindoun.[3] When Kilrogg took the final blow (a slice through throat), he grinned.[4] However, the 4th episode of Lords of War showed a death-vision involving the Horde and the Alliance killing the Bleeding Hollow's chieftain in an open area and shown with arrows and spears in his body. By the time of his death he should also had green skin instead of brown as depicted in the video.

The apparent conflict between sources was cleared by Micky Neilson. He explained that the vision depicted in the mini-series was merely a nod to the players, as Maraad didn't know what Kilrogg saw.[5]

Maraad commented that Durotan wore Stormfang's fur until the end of his days. Rise of the Horde, Lord of the Clans, Twilight of the Aspects, nor even Durotan's depiction in the art of the manga Fear described the chieftain with the fur. It is not even possible for Maraad to know if Durotan died with the fur, thus it's possible that it's not meant to be literal.

The eyes color of young Durotan was brown (and red when consumed with bloodlust), but when depicted older, his eyes color was blue.

This may probably imply that the orcish eyes color change with age.

Varian's knowledge and placement in the timeline

It is possible that this meeting with Maraad and Varian happened after repelling the Ironmarch invasion in the Blasted Lands. It may be supported by the facts that Varian already knew all about the enemy, a thing that he would learn from the report. More importantly, the Alliance king said - marching forces into Draenor - which may imply that Blasted Lands was already retaken. It would mean that the Alliance and Horde forces were stationed in front of the Dark Portal canyon, as evidenced by the chess pieces.

Despite this, the first introductory quest to the Ironmarch counterattack already introduced you the name of the enemies.

IGN Video - World of Warcraft Lords of War: Behind The Scenes An exclusive short video featuring interviews with the series' creators
Polski
Community content is available under CC BY-SA 3.0 unless otherwise noted.
Advertisement