This is a Guide to making money through selling Companion pets (a.k.a. small pets, non-combat pets, mini-pets, or vanity pets). Due to their desirability with Achievement hunters, pet collectors, and casual players alike, companion pets can be used to make a significant amount of gold regardless of your level or faction.

This is not a guide to collecting pets, simply a guide for easy money-making by selling them.

You can sell crafted pets, pets dropped from mobs, or pets sold from vendors, on the Auction House (AH).

On most servers you should easily get 1-5

for any pet. Some pets sell for hundreds, even thousands! You just need to be smart, do a bit of travelling or farming, and be patient with the AH. Be aware that generally cute or nicer-coloured pets sell for more.

Selling pets can be done at any level! Each starting area has a nearby pet vendor, all you need is a little bit of funding to get you started. Dropped pets can also be found in areas as low-level as Deadmines. Preferably you should have flight paths to major and neutral cities, or your

[Hearthstone] set to Dalaran or Shattrath to cut down on your traveling time.

Vendor pets may fetch an even higher price on the neutral auction house, due to the difficulty opposing faction players have in acquiring them.

You may also set up cross-faction pet selling via your realm forums, allowing the other faction to know you're selling, and assuring a buyer in the process.

There may be several reasons why somebody will buy a pet at auction, instead of directly from the vendor:

. Although her location is hard to reach, the rabbits come at a very low price. 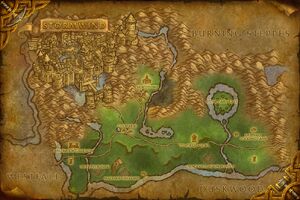 each. The Cornish Rex and Orange Tabby generally don't sell well as they are both similar colour.

. Most players don't wish to travel to Darnassus, due to being out-of-the-way, so you're likely to find a buyer seeking convenience.

Burning Crusade expansion cannot access this vendor, so these desirable pets can achieve a high AH price. Also, as with Darnassus, most players don't wish to travel to The Exodar, due to being out-of-the-way, so you're likely to find a buyer seeking convenience.

is a rare spawn vendor. He sells one item;

, and only ever has one in stock. Due to this kitten being 'cute' and pretty hard to find, it can fetch a profit of several hundreds, especially when sold on the neutral auction house.

. Due to their ease to buy directly from the vendor, and unpopular looks, they are a bad choice for resale.

and are highly desired due to their looks. 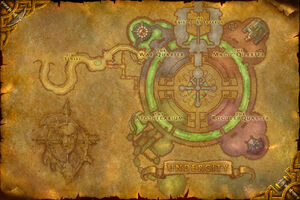 . These are not popular, and may also be bought from a neutral vendor in Outland, making this a bad choice for pet sellers. 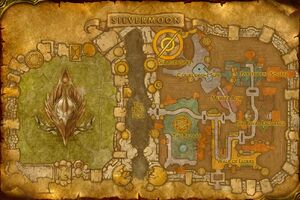 Burning Crusade expension cannot access this vendor, so these desirable pets can achieve a high AH price. Also, most players don't wish to travel to Silvermoon City, due to being out-of-the-way, so you're likely to find a buyer seeking convenience. 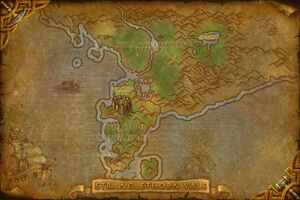 sells a couple of parrots at the cost of 40

Flik comes and goes with the Darkmoon Faire. He sells two frogs for 1

[Tree Frog Box] is unlimited, but the

[Wood Frog Box] only comes in a limited stock of one every few hours. He also runs around the faire, and can be very hard to catch up with. Holding on to these pets and selling them when Darkmoon Faire is over can be very profitable.

. This is an out-of-the-way location, especially for Alliance, so you're likely to find a buyer seeking convenience.

All races at the Argent Tournament in Icecrown have faction-specific pets available to them. Any given character must both unlock the ability to buy from each racial quartermaster for their faction, but must earn the tokens (

[Champion's Seal]) required to buy the pet. In addition to the racial pets, the tournament factions (Sunreavers and Silver Covenant) have their own pets. Each character thus has access to 6 pets specific to their faction. Due to the rarity of these pets and the work needed to earn them, they can be sold for a sizeable amount. Whether the cost to buy them from the vendor outweighs what players will buy them for is a subjective decision.

The only pet of note here is the

[Mechanical Squirrel Box], crafted by engineers. This is taught by [Schematic: Mechanical Squirrel Box], a world drop for low-level mobs. It is pretty likely that an engineer will have it, so he will probably not ask for a large fee. The materials are very easy to obtain, making it perfect to craft in large quantities when convenient. You can make a decent profit, from 1-20

depending on your server's market. While more engineering pets are available, the materials for them are much more costly, and there's less chance the engineer will have the recipe.

Which pets to farm are entirely up to the time you're willing to devote, and the server's market. There's also the random element here, which means that you may spend many fruitless hours farming, or may get incredibly lucky and make a big profit fast. Unless you have a lot of free time on your hands, avoid seeking pets such as Hyacinth Macaw. Although they can go for upwards of 20,000

to hardcore pet collectors, their high price is not unwarranted, and the drop rate is incalculably low.