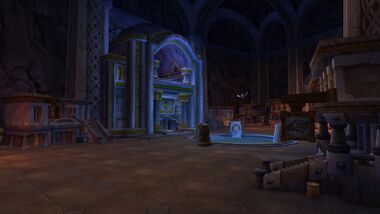 The Mystic Ward is the northwestern district of the dwarven capital of Ironforge and serves as the center for magical activities and study within the kingdom. It features a number of merchants that cater to mages, as well as class trainers for mages, warlocks, paladins, and priests. The majority of these services are based from the eldritch Hall of Mysteries, which dominates much of the district.

A number of notable and very powerful magic users reside within this area, and there are a few shops that sell magical goods. The Mystic Ward can be accessed via the Commons from the south, the Great Forge from the southeast, and the Forlorn Cavern from the east. 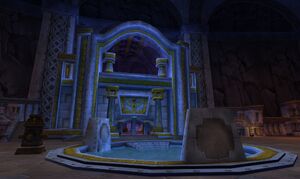 The Hall of Mysteries

Excludes the above areas.

It is also referred to as the Arcane Ward in Lands of Conflict.[1]