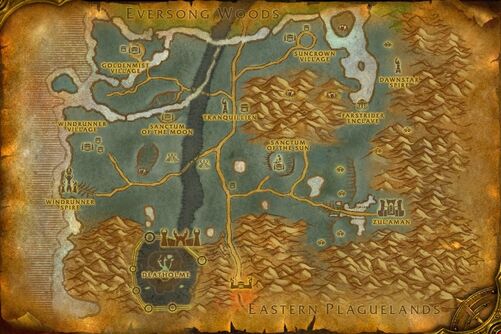 Needs to be deactivated for the quest

The Sentinel spies' use of Night Elf Moon Crystals are possibly related to the ancient mooncrystals which empowered Ban'dinoriel from An'owyn, An'daroth, and An'telas, which was erected shortly after Silvermoon itself was founded, possibly being among the last remnants of the quel'dorei's night elven heritage. The fact that the kaldorei were drawn to these bases and attempted to appropriate them might then have been a deliberate one, perhaps they sensed and were naturally attuned to its lingering energies.