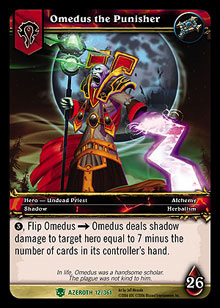 Quotes from him and references to him can be found on the following cards: