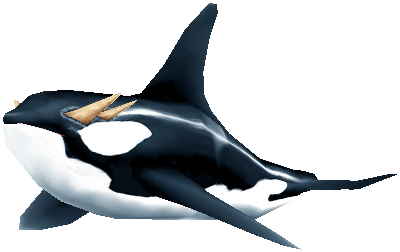 Orcas are a type of predatory black-and-white whales[1][2] found in various Azerothian oceans, mostly around Northrend.