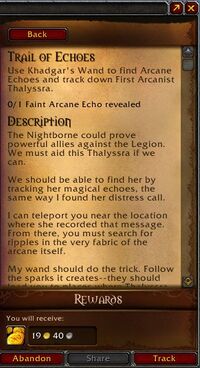 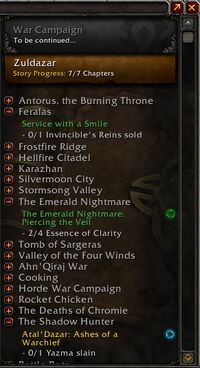 The main quest list as of Battle for Azeroth

The Quest Log is a window found on the right-hand side of the Map & Quest Log interface, listing the status and details of all currently active quests the character has not completed, or completed but not turned in.

The difficulty of the quests is indicated by colors relatively to the character's level: