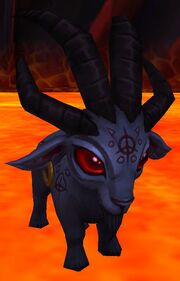 The Riddle of Baa'l is a puzzle to obtain

[Baa'ls Darksign]. The puzzle consists of riddles where you'll have to hunt and rub pebbles across Kul Tiras and Zandalar in a certain order.

Some additional items/mechanics are recommended:

You can use the following script to track your progress.

The macro tracks both the Riddle of Baa'l and the It's a Waist of Time progress, as the two are connected. Baa'l stops at step 15.

This set of instructions just contains the highlights of what needs to be done but doesn't explain the puzzle or the solution. The pebbles themselves (except the thirteenth) do not provide any gossip text or other interactions beyond being clicked once. They were originally found by players brute-force searching for them by taking advantage of some game data files that update as objects are seen.

(Something is carved in the stone)
Heckler of the Murkiest Thugs, sheathe your
Bat and remove the Keg Cork, Wot?

Focus on the capitalized words:

One of the anagrams decodes to "Get back to work", which is said by Kurgthuk the Merciless in Frostfire Ridge. Right next to Kurgthuk is a new battle pet, Baa'l at [62, 22] 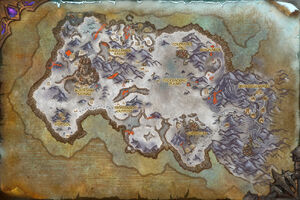 . Baa'l will one-shot battle pets unless Uuna (with her completed storyline) weakens him. As long as there's a player nearby with an empowered Uuna, players can battle Baa'l to capture him.

Uuna says: Oooh, I know what to do with guys like this!
Uuna yells: Eat stars, bad guy!
Uuna yells: Get him, friend! Use your pet battle attack!

Learn, then summon Baa'l where he was fought. On the first summon, he says:

Souls fEast on enDless shrieKing, in darKNess they writhe and scream, yOu WiLl join thEm, toGether forEver morE!

After having acquired and summoned Baa'l, a new secret has unlocked.

See It's a Waist of Time for more information.