The Rocketway is a long, twisting highway built by the Bilgewater Cartel as part of their expansion into Azshara. It consists of five stations going in an arc around the Bay of Storms, allowing Horde characters rapid transportation in ridable rockets between the northern, western and southern parts of Azshara. Simply speak to a Bilgewater Rocket-jockey to board.

During the Cataclysm beta, Captain Placeholder could be found here. 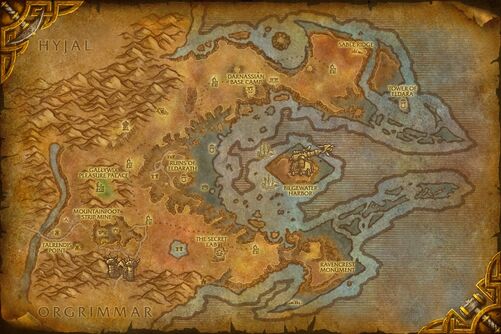 The rockets are undoubtly faster than any flying mount. It should be noted that rockets do not fly with a consistent speed. Rockets seem to fly slower when going on a ramp; their mechanics can be related to those of a car.