This article is about the battle pet. For the NPC that appears in Hillsbrad Foothills during the Feast of Winter Veil, see Rotten Little Helper. 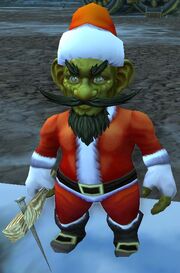 It has a chance to be looted from

[Stolen Present] during the Feast of Winter Veil.

Fed up with long hours, low pay, and entitled adventurers whining about sub-standard Winter Veil gifts, these nasty little creatures fled their magical workshops to join up with the Abominable Greench. 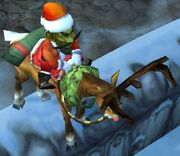 Mounted on a reindeer.