Sergeant Cleese is the warrior trainer in Gilneas City and Gilneas.

Following the conclusion of the Worgen starting experience, he can be found in the Howling Oak of Darnassus, where he continues to serve as a warrior trainer.

It is unknown whether he survived the Burning of Teldrassil or not. 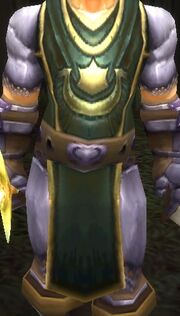 I can tell just by the way you're standing that you're no warrior.

Why don't you go do something safe, like read a book.

He might have been a member of the Gilnean Royal Guard, for he wear a similar uniform.