Wowpedia
Register
Don't have an account?
Sign In
Advertisement
in: World of Warcraft rare items, Isle of Thunder items

Shan'ze Ritual Stones are used to summon one of nine summonable bosses on the Isle of Thunder. These bosses are designed for a group.

Just to clarify on drop chances for ritual stones and keys, you can only obtain one

[Key to the Palace of Lei Shen] (aka treasure room) from any creature on the island, including the Isle of Thunder Rare Elites. Once you've already looted one off of a creature, no more will drop from creatures for your character that week. Additional keys can potentially drop from other select sources, but are extremely rare and not something you can try to farm.

Similarly, you can only obtain one Shan'ze Ritual Stone from an Isle of Thunder Rare Elite per week. You'll still be able to collect more from other sources, though.

Stones can be found from these sources:

To check whether a ritual stone has been looted from a mob this week, copy and paste this command into the chat window:

If a "true" appears in the chat window, a ritual stone has been looted from a mob this week; "false" indicates the opposite.

Bosses can be summoned by simply interacting with one of the three types of ritual stones located at fixed locations on the Isle. So long as the summoning player has more than three stones in its inventory, a boss will be summoned with no confirmation.

Be warned that the death of the summoner will cause the boss to despawn and the three tokens will be wasted.

There are three types of ritual stones, lightning, primal, and spirit. Each type will summon one of three bosses of that type: 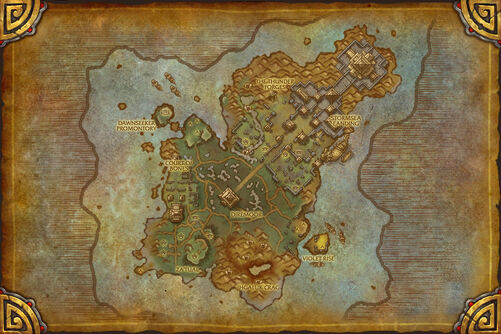