For the mount, see 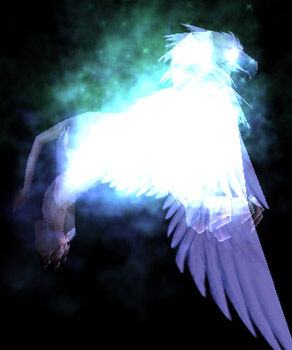 Spectral gryphons are ghostly gryphons that aid players in transporting them to different locations. Before Cataclysm, it was first seen only in the Eastern Plaguelands alongside William Kielar, where it was used to fly to the other towers if the player's faction controlled Plaguewood Tower.

These creatures were later seen in Northrend and Cataclysm zones for non-night elf players as transportation in certain zones while dead because of impassible terrain. Those areas are:

You get the following buff while mounted on the spectral gryphon: