“Ever see a Tauren Rogue, <name>? Of course you haven't! I mean, look at these things...you can't sneak into anything with these things clacking around.”

Tauren rogues do exist. They are just so good you never see them. They're so stealthy that even their class choice for tauren hides! And no one has ever seen the tauren rogue trainers in Thunder Bluff.

There are certain truths having to do with tauren rogues. This page is not for the weak of heart. 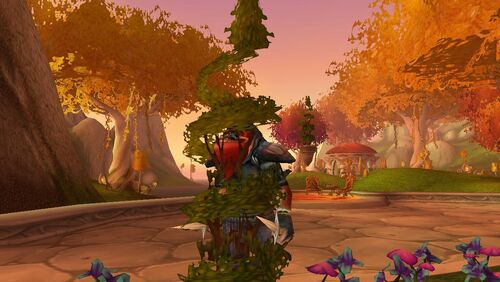 Tauren wish they could be rogues! There is one hiding in elite camouflage in this picture! You'll never find her... UNSEEN! 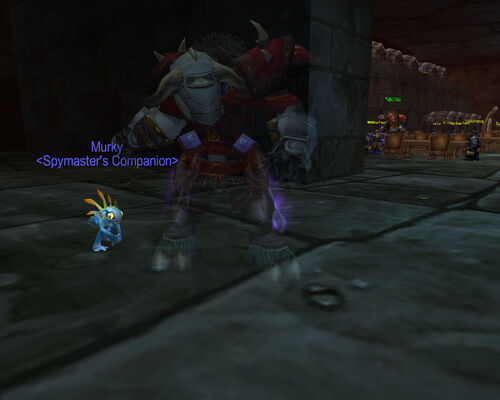 In a rare moment of visibility caught on camera, here is clear evidence of a tauren rogue in the act, along with his Murky accomplice! 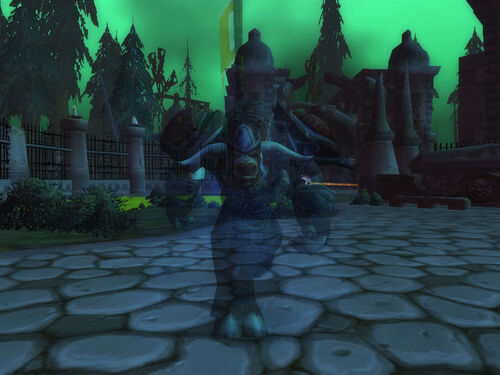 Here is another moment, where you can see him using

Tauren rogues are notoriously unseen. However, there was one historic sighting on Sunday, December 2, 2007, of what APPEARED to be the dead tauren rogue Qoi[2] of the Emerald Dream server, found in Warsong Gulch. However, the Horde denies all knowledge of tauren rogues and asserts that Qoi was an innocent shaman who mysteriously disappeared on a previous occasion, and therefore could not have been in Warsong Gulch as a rogue. Furthermore, Cairne Bloodhoof has stated that, "The notion of tauren rogues is as preposterous as getting Drek'Thar to go outside and get some fresh air. You are all insane." If YOU witness a tauren rogue or are victimized by their uncontrolled rampages (that we are sure happen) and live, please call the Society for Telling People That Tauren Rogues Do Exist.

A tauren rogue in stealth.

Both male and female tauren models DO have Stealth animations, complete with the transparency effect. However this is probably because of the

[Orb of Deception] or one of the side effects possible from an Outland engineer's teleporter. Actually, several players (mainly level 80 rogues, as only they would know) have claimed to have seen tauren rogues using stealth (Orb of Deception, supposedly) but they have also been seen using

[Vanish], and even a few very stealthy rogue moves that only a rogue would know about.

Far less common than the ubiquitous (if entirely unseen) tauren rogue is the tauren rouge. Famous for their eye-raising "Mulgore chapstick" special ability, what they lack in stealth, they make up for in style!