Zone Map creates a zone map to which notes can be attached. Zone map works for all zones and instances. Previously, {{Instance Map}} was used for instances, but it has been folded into this template.

zone
The zone map to display. Also includes non-zones like Outland, Azeroth, Kalimdor, Eastern Kingdoms, and the Universe.
section
Maps with multiple floors (sections) can be accessed via the section parameter
phase
For zones with maps that change phase — Lost Isles, Gilneas and Mount Hyjal for example — pass |phase=n to show the desired phase. By default the unphased map is displayed
old
For zones with maps that have change since a patch like Cataclysm; pass |old=n to show the desired old map. Use a given number to show a different old map if there are multiple. By default the present map is displayed. See

[Alien Egg] for an example.
notes
A list of the notes which should appear on the zone map (use the {{Zone Map Note}} template to create notes). You can include as many notes as you like on each map.

size
Width of the map, in pixels. Can be any size up to 1002 (default 501).
float
Override float option (default none) 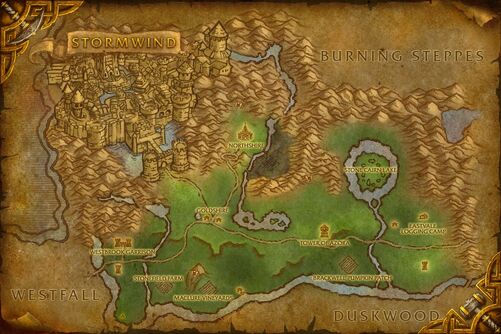 Zone Map (and {{Coords}}) uses VZ-maps to draw the map notes on. A VZ-map is a file redirect to the coordinate-safe map named using the name Blizzard gave to the map as found in the game files. VZ-map redirects should be created according to the following pattern:

Blizzard is not always consistent as far as numbering is concerned, so look at the maps section of the main article for the zone to see how Blizzard decided to number the maps. Dalaran, for instance, is drawn as WorldMap-Dalaran.jpg (main map) and WorldMap-Dalaran1.jpg (Underbelly). As an exception, these maps have differently-named VZ-maps redirecting to them: VZ-Dalaran.jpg points to the main map, whereas VZ-Underbelly.jpg redirects to the Underbelly map. The standard VZ-Dalaran-s1.jpg VZ-map also work for Underbelly.