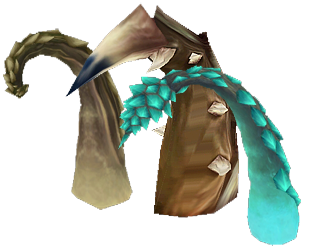 Tentacle or tendril is a general class of creatures that generally appear as some sort of stalk or tentacle coming out of the ground with some unknown possibly larger segments below. They include subclasses called eye stalks.

There are characters with void tentacles coming out of them, such as Ataxon and Overseer Bates.

Tentacles are summoned by the Forgotten One.

Many random tentacles when killed can be harvested for herbs, they can be found in places such as Ruins of Vashj'elan and Vashj'ir.