Wowpedia
Register
Don't have an account?
Sign In
Advertisement
in: Icecrown quests, Neutral quests, Quests at 25-30,
and 2 more

The Ebon Watcher at the Valley of Echoes in Icecrown wants you to kill Salranax the Flesh Render, Underking Talonox and High Priest Yath'amon.

You must defeat the lords of Scourgeholme if this place is to be free of the Scourge's grasp.

Salranax the Flesh Render lords over the temple on the first tier of Scourgeholme. Nearby Salranax you'll find High Priest Yath'amon preaching at the spirit tower on the second tier. Underking Talonox holds court at the Pit of Fiends, up the high road.

These are formidable opponents and must be approached with caution. Use this war horn should you require aid. The death knights of Acherus will come.

A hard fought victory, <name>! The lieutenants will be replaced, but at least for today the air about Scourgeholme stands still. 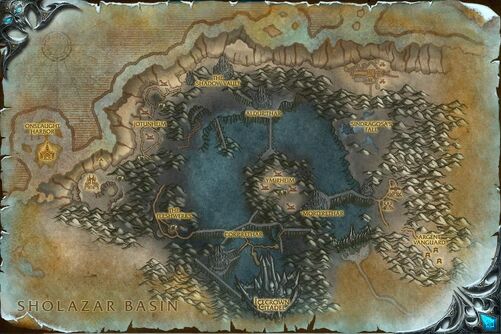 Using the horn will summon a different death knight on each mob:

After killing the third named mob, take the

[Death Gate] back to the Valley of Echoes.

This quest's rewards are named after players who were active in WotLK Friends and Family Alpha. More information concerning these Death Knights can be found here: The Death Knights of Acherus.

Highlord Darion Mograine says: You challenge death itself! Come then, "King." Face the might of Mograine!

Highlord Darion Mograine says: I will see you back at the Valley of Echoes. Suffer well, ally.