[The Seven Burdens of Shaohao].

The Burdens of Shaohao is a series of six animated shorts depicting the trials of Emperor Shaohao in the days before the Great Sundering. The series is narrated by Lorewalker Cho. It is also featured in the official sites as part of the Destination: Pandaria literature.[1] 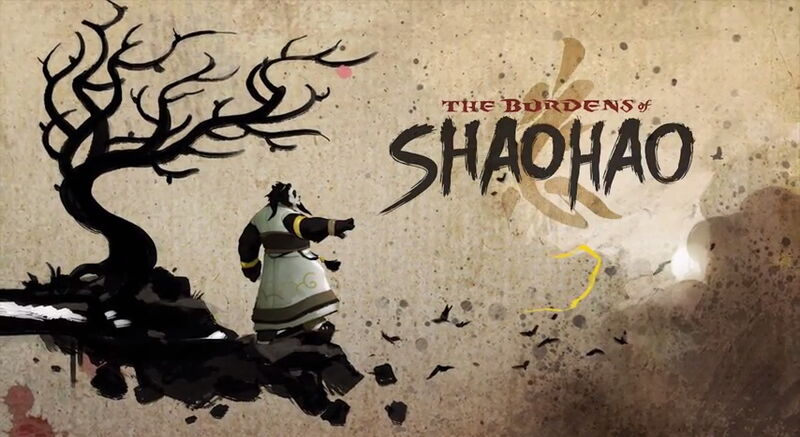 Ten thousand years ago in the ancient empire of Pandaria, Emperor Shaohao asked the Great Waterspeaker to peer into his future. He was eager to hear of the happiness and prosperity his rule would bring. What did the rippling waters foretell?

The Burdens of Shaohao art was done by Laurel Austin.[2] Some elements were altered in the transition from the in-game book The Emperor's Burden to the animated piece - the masks like the

[Mask of Doubt] were considered, but ultimately left out.[3] From a lore perspective, the in-game books and the mini-series are different interpretations of the same legend.[4] The animated series is Lorewalker Cho's interpretation.[5]

World of Warcraft Community Site The Burdens of Shaohao