The subject of this article or section was part of the Elemental Unrest, a world event that heralded the beginning of the earth-shattering Cataclysm.

While wearing your Doomsday

Aside from the disturbances and the paranoia spread by the cult, we've been inundated with reports of missing people. Mothers, fathers, brothers, and sisters have seemingly disappeared, but I have a feeling they can be found in one of the cult's compounds outside the city. If I give you the names of some of the missing people, would you try to locate them in the cultist camp at the Jaggedswine Farm south of Orgrimmar. To blend in, you'll need to join the cult and get a robe from one of the doomsayers in the Drag.

Have you encountered any of the missing people?

So you found them? Why did the missing men and women not return with you?

<You tell the blood guard about the responses you received.>

We cannot compel them to change their minds and return to their families. I will let the families know that the relatives have been found and that they are safe. After this cult is broken up, they will likely return to their normal lives.

Pick up Infiltrating the Cult before heading out. Head to the Drag and pick up a Recruit's Robe, then exit Orgrimmar and take a left heading southeast to reach Jaggedswine Farm. Look for the four named cultists.

Our world will end soon, but together we will ascend and inherit the power of the elements.

Your family wants you to return to Orgrimmar.

They had their chance to come with me, and instead they mocked my beliefs. They are nothing to me.

Work hard, <class>. We have little time to complete our tasks before the prophecies are fulfilled.

Your wife is concerned for you. She wants you to return to Orgrimmar.

Doesn't she realize I wanted her to come with me? I'm young; I don't want to die. We should have many good years ahead of us and this is the only way. Tell her these things. Make her understand.

Your family has asked about you. They're worried.

I will not leave. Tell my family that I am at peace here and that I wish them well.

It amazes me that in a city full of people, only the small handful here heeded the warnings of the elements.

You should return to Orgrimmar. Your family is worried.

No, I cannot return to Orgrimmar. I grieve for my family, but they have made their choices and I have made mine. My future is here, among my chosen brethren. 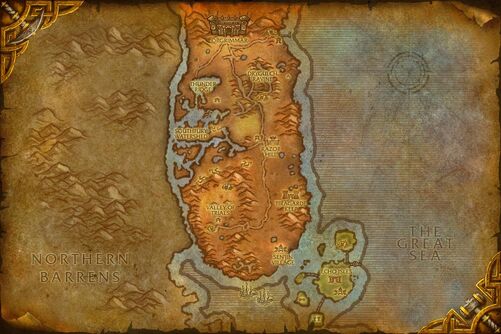