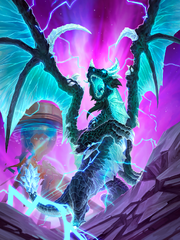 Another day, another timeline to destroy.

After the death of Admiral Daelin Proudmoore, unrest grew amidst the races of the new Horde and of the Alliance of Theramore. The peace that their leaders so much feels hollow at the aftermath of the invasion led by the half-ogre Horde champion, Rexxar.

Thrall detractors grew a tenfold after the Tirasi attacks. Citing the actions of Admiral Daelin Proudmoore as proof that human and orc cannot coexist, many orc clans split from the Horde to be independent. These are:

The New Horde now consists of: