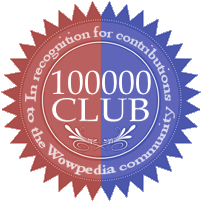 “Ugh, the Alliance shipwrecks in a new region and they befriend a group of fish-men people. Where I've heard that?”

Sylvanas doubted Voljin after SoO and in War Crimes where she wouldn't mind taking over the Horde.

Sylvanas also rescued Varian, and looked after the horde leaders in broken shore and became warchief with the avenging of Vol'jin's message.

Bfa seems to mirror, using the same characters (Thrall, Varok, Lor'themar, Jaina doing the same thing they did in 51/52/53), even same organizations and place used (Sunreavers reference & Orgrimmar). Both Garrosh and Sylvie saw that they would be attacked... Lei Shen replaced with Azshara in the same manner, A-H war diverging to fight the side enemy in a new land, Nazjatar vs Isle of Thunder.