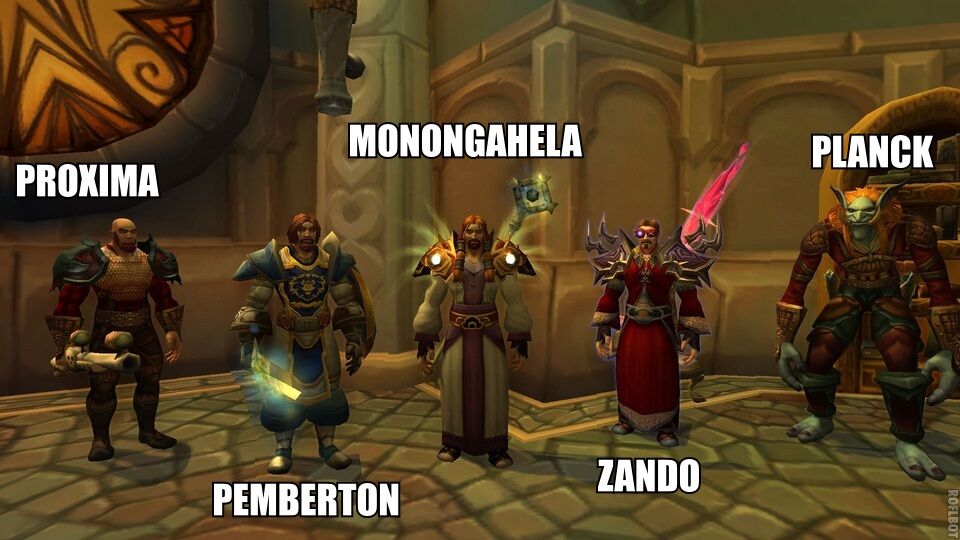 A quick word from Blizzard

This player is the greatest World of Warcraft player who ever lived. He won the game the moment he stepped into Elwynn forest in March of 2006 - despite immediately getting lost looking for the kobolds - and has continued to win ever since. He almost broke the game, he's so frickin' awesome. Jeez, we should just give this guy a free account. Oh, and his own aardvark mount, too - he definitely needs an aardvark mount.

Well, there you have it folks, straight from Blizzard in a blue post. I'm frickin' AWESOME.

I've been married since 1999 and I've got three kids, all born between 2001 and 2004. The kids have had their own shared account since 2014. My wife heavily played up to Cataclysm, then fell away. My mother and stepfather play on and off.

Our family guild, "Stimmers", is from the term for the repetitive behaviors of autistic people. My middle daughter is autistic, and WoW gave my wife and I something fun to do together that doesn't include finding a special needs babysitter. :)

I bounce back and forth into and out of the game. I like it, but don't care to pay $15 a month when I'm not active. Sometimes I'm active here, sometimes not. You know how it goes.

I have World of Warcraft (Livejournal Community) to thank for steering me towards this wiki in the first place. Sadly, that community is dead now. I'm Rufus Honker IV on Blizzard Watch.

After several years of not playing in the spring, I finally got What A Long, Strange Trip It's Been on June 24, 2014.

I. LOVE. WIKIS. Information should be free!

I'm on TVTropes (Also Pittsburghmuggle), and Wikipedia (Varkman). I'm the administrator of my family's genealogy wiki.

I've been editing since 2006 on here (I followed over from WoWWiki, and never looked back. Ugh... Wikia..).

Each character has its own individual story, which you can read at the links in the table. Some cross paths - Zando and Pemberton are cousins, Monongahela and Pemberton have met the Troll Planck.

All my Alliance characters, in my head - share the same Darenor garrison. Pemberton is the commander who stays in the garrison. Monongahela is the diplomat. Proxima hunts for food and looks after the mounts. Zando is engineering and general maintenance.