Back to page
View source

Thank you for the lore contributions. --

What? No. I didn't even realize there was a Suzaku in that. Suzaku is a phoenix in Eastern mythology. I named myself after it based on a character from Tenchu 2: Birth of the Stealth Assassins. WoWWiki-Suzaku (talk) 00:52, 27 April 2009 (UTC)

Just FYI something is goofy with your image.

I know, I tried reuploading it, saving it in other formats, etc., but for some reason, uploading the file just wouldn't work, so I gave up. I figured there was maybe a problem with Wikia and that I'd try again some other time. WoWWiki-Suzaku (talk) 06:41, 31 July 2009 (UTC)

PathS of the Titans

I have been searching and searching and i was wondering if you could tell me what the best equipment is for the hunter night elf.

Please if you know can you tell me i would be very thankful.

Your opinion is desired

Hey, just wanted to solicit your opinion on whether WoWWiki should leave Wikia. Thanks! --PcjWowpedia wiki manager (TDrop me a line!•C207,729 contributions and counting) 12:41, October 6, 2010 (UTC)

The Shodo-pan are nothing like the Shado-pan apart from having similar names. The Shodo-pan are generals, feudal lords, and clan leaders. In ancient times the term referred to the emperor of the entire Pandaren Empire. In other words, they're similar to barons, dukes, shoguns, daimyos, etc.
Shado-pan, on the other hand, are a sect of ninja-like warriors dedicated to protecting Pandaria from the Sha. Shado is a play on "Shadow", and in the concept art they are actually called "Shadow Pan." It's possible that they wanted the names to sound similar, but they're definitely different concepts, and it's possible that the term "shodo-pan" isn't even canon. Suzaku (talk) 02:16, 30 October 2011 (UTC)

Hello, I'd like to know if you plan on doing another icon for Vanilla and MoP, like the one you've done before.

They are used in some user templates.
You could use File:WorldMap-Pandaria.jpg like you did with Outland for BC and Northrend for WOTLK 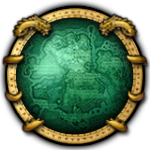 Oh my men!
That's what I call ICONS! 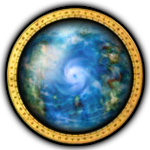 Your opinion is required here, on a policy concerning NPC article titles.

Any chances we get one of your expansion world-icon for WoD ? 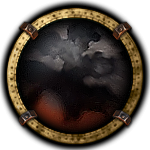 Hi there! I notice you added this line to Medivh: "In his youth, Medivh traveled far and wide in an effort to feel a connection with the souls he was charged with protecting. During these travels he first encountered the fel ...". You didn't add a reference and the section simply say "Travels" so I'm not sure where the information re: the fel comes from. Is this correct? It's not mentioned in the film or the novelization as far as I know. If it's from the comic I can add a reference. -- Taohinton (talk) 01:04, 28 June 2016 (UTC)