Warcraft Arclight Rumble is a free-to-play mobile action strategy game announced by Blizzard Entertainment on 3 May 2022,[1] where players build armies with their heroes and villains from Warcraft and battle it out in scenarios designed to test their tactical wits.

Modes include the single player campaign, dungeons, and raids. Players can engage in these modes in co-op, and battle against other players in PvP.[2] It is primarily a PvE game, and the game's campaign represents a number of locations from World of Warcraft, including Elwynn Forest, Duskwood, and Westfall. 70 PvE maps will be available at launch, each of which has a boss with a specific mechanic that players must find a way around.[3] Certain modes only become available after the play has retrieved enough skulls.[4]

The game also has a quest system, which involves playing old maps to gain experience for specific units.[4] The game's dungeon mode is a 3-map gauntlet with a single army. For every map, the player gets to pick one new relic. The relic has various properties, and can provide a troop-wide buff, such as increasing certain units' speed or health. After each successful dungeon is cleared, the dungeon will level up. Dungeons will only be available for a certain amount of time. Dungeons are also the only means of obtaining Valor, which is an in-game resource used to upgrade leaders.[4]

Arclight Rumble has been compared to the tower defense genre, but in the words of the developers, it is more of a tower offense game.[2]

A match will generally consist of the following aspects:

Arclight Rumble uses a free-to-play model. It has been stated that it is not a "gacha game," and will not have loot boxes. Players will be able to purchase any unit they choose either with their own money or through in-game coins. The units can be bought in bundles.[3] Levels are purchased using in-game coins.[4]

The game will not have NFTs.[3]

Arclight Rumble has five factions, each of whose leaders specialize in a certain area:

The game does not force players to choose one faction. Players can choose their leaders (and units) from all five to form a varied army.[3]

There are over 65 Warcraft minis to collect, including leaders, rank-and-file troop minis and spells. Different minis have different advantages in combat—flying troops are effective against infantry, siege troops deal additional damage to guard towers, etc. Each unit is classified as either ranged, melee, or flying, and the three form a rock-paper-scissors system.[3] Generally, flying beats melee, melee beats range, and range beats flying.[5]

After each battle, experience is gained that levels up minis. Leveling them up unlocks the ability to use game-changing talents.

The leader is typically the most powerful unit the player will field. Each leader also has one leader ability that will affect offer units in your army while they are on the battlefield. For example, when Rend is in play, it costs one less piece of gold to summon flying units.[4]

Please add any available information to this section.
Troops in-game include rank-and-file troop minis and spells. Each unit has three passive abilities called "talents," which can be unlocked over time.[4]

When making Arclight Rumble, the developers took inspiration from tower defense games.[2] The game's unit roster was decided on the need to make the characters to stand out on small phone screens. As such, each model needed an identifiable silhouette, as well as a color-coded palette. The developers conciously chose factions outside the Alliance and Horde, as they wanted representation from across the Warcraft universe.[3]

The game entered internal alpha in mid-2021.[6] As of May 2022, there are no apparent plans to port the game to consoles, or to develop an e-sports scene.[3] 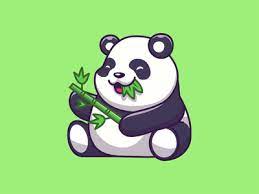