The six Warden Towers are currently contested areas throughout the Broken Isles. Each location has a chance to spawn a PvP World Quest.

Both the Gilneas Brigade and the Forsaken Queensguard are interested in controlling these towers. While in the subzone the player has access to honor talents.

Two more unnamed towers that are not contested by the two factions, and instead serve as max-level PvE locations, exist on the Isle of the Watchers in southern Azsuna. The one on the southern tip of Isle of the Watchers has been taken over by felsworn Illidari with Lysanis Shadesoul as their commander. The northern tower has Jade Darkhaven as the commander. 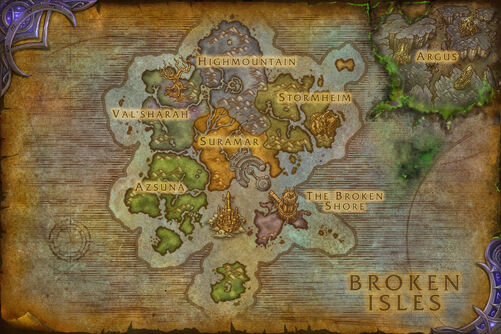