This article is a copy of "Legion Class Preview Series: Warlock", an official blog by Blizzard Entertainment. It's about the class changes made in the World of Warcraft: Legion expansion to the Warlock.

Welcome to our World of Warcraft: Legion class preview series. In this entry, we’re exploring the Warlock—to find out what’s in store for a different class, check out the overview.

We continue our early look at class and specialization design with the Warlock. In these blogs, we’ll be exploring class identity, discussing Legion’s new designs, and presenting core combat abilities for each specialization—laying out the foundation upon which talents and Artifacts will build further. With that in mind, let’s delve into what it means to be a Warlock in World of Warcraft.

Warlocks are the most volatile and insatiable of spellcasters. Though they often pledge themselves to the service of noble causes and are not innately evil, their desire to understand darker magics and exercise unwavering command over demonic forces breeds mistrust among even their closest allies.

Warlocks peer into the Void without hesitation, leveraging the chaos they glimpse within to devastating ends in battle—their greatest abilities are fueled by the souls they’ve harvested from their victims. They exploit powerful Shadow magic to manipulate and degrade the minds and bodies of their enemies. They employ Fire magic, dropping hellish rain from the sky, to immolate the opposition. They summon and command indomitable demons from the Twisting Nether to do their bidding, or even to be sacrificed as the Warlock sees fit, empowering and protecting the dark caster from harm.

The foundation of the Warlock class has been long and well established in Warcraft lore. However, while Affliction and Destruction Warlocks have maintained consistent, distinguished fantasies, the core identity of the Demonology Warlock has strayed too far from its roots in recent years. A primary goal for Warlocks in Legion is to accentuate the existing motifs for Affliction and Destruction, while returning Demonology back to its roots of summoning, utilizing, and empowering demons.

Warlock resources have also become too cumbersome, causing confusion that outweighed their depth. To this end, we’re going to once again standardize Warlocks on their most class-defining resources: Mana and Soul Shards. Finally, demons have always served various utility purposes, but most of them are very niche, while the same one or two demons see the vast majority of limelight. We want to re-incentivize demon variety, strengthening the various utilities that each demon supplies, and causing some demons to be favored based on the Warlock’s spec.

Affliction warlocks are masters of shadow-touched powers, but unlike shadow priests—deadliest when pushed to the brink of insanity—these warlocks delight in using fel forces to cause intense pain and suffering in others. They revel in corrupting minds and agonizing souls, leaving enemies in a state of torment that would see them undone in due time. Even the most battle-hardened warriors can be deceived, landing blow after blow against the warlock, only to succumb to their suffering as their very vitality is siphoned away by the dark spellcaster.

Affliction Warlocks’ gameplay has always aligned well with their character, but in terms of abilities, we want to avoid the feeling that DoTs are amplifiers for your channeled single-target damage. Applying spells that do damage over time is very core to Affliction, so we want to reinforce these spells as the primary source of damage, with other “filler” spells feeling more secondary. We’re adjusting the Affliction rotation so that DoTs are stronger, and your focus is more on figuring out how best to juggle those DoTs to maximize damage output.

Mechanically, we’re altering how Soul Shards are generated and spent, in part to better deliver on the more DoT-driven damage. Soul Shards are now generated by each Agony you have up on your targets, instead of only by your most recent Corruption cast, to favor placing DoTs on several targets rapidly (multi-dotting). You’ll then spend Soul Shards on an extremely strong DoT in Unstable Affliction, reinforcing the focus on DoTs.

Finally, in keeping with the Affliction theme, Drain Life serves as the main filler spell, instead of Malefic Grasp or Drain Soul. This better matches the Affliction identity because its damage stays secondary to the DoTs, which should be the primary focus of damage, instead of dwarfing them. It also adds significant self-healing, further playing to the Affliction motif.

To give you an idea of the Affliction Warlock in action, here’s a basic look at their core combat abilities:

Additionally, to provide a glimpse at how some talents may build upon this, here’s one example of an Affliction-specific talent:

By their very nature, demons are leeches on the living universe—but the demonologist has mastered harnessing the power of these malefic beings on the field of battle. Warlocks harvest the souls of their defeated enemies; those specialized in the ways of demonology use this life essence to tap into the Void, pulling all manner of abomination from the chaos of the Twisting Nether. While such a practice is often considered by outsiders to be wicked and reckless, the demonologist maintains absolute control over the summoned creatures. These malignant entities are fully beholden to—and empowered by—the will of the warlock, until banished to the realm from whence they came.

While all Warlocks maintain the power to summon demons, Demonology is distinguished by the ability to call forth waves of demons to overwhelm the opposition, and also to further empower the demons they summon. Over the years we strayed too far from this design, to the extent that Demonology gameplay was defined more by the Warlock becoming a demon. Legion provides a fitting opportunity for us to realign the spec around its core function of mastering control of demons, not transforming into them.

We also recognize that Demonology had a large array of intertwined mechanics that weren’t intuitive, and they’ve undergone a greater degree of redesign as a result. For those who played Demonology during Warlords of Draenor, the gameplay will feel quite different in Legion. Beta test feedback will be essential in helping us to ensure that the new spec feels strong and enjoyable and that we’ve accomplished our goal of returning Demonology to its foundations.

To give you an idea of the Demonology Warlock in action, here’s a basic look at their core combat abilities:

Additionally, to provide a glimpse at how some talents may build upon this, here’s one example of a Demonology-specific talent:

Warlocks who command the power of destruction favor incantations of pure chaos and aggression in battle. In this regard, they’d find a stronger kinship with fire mages than warlocks of other disciplines—if not for their propensity to make use of magic deemed detestable by all mage orders. The destruction warlock is well-versed in discharging a dizzying array of shadow, fel, fire, and chaos magics upon opponents that rattle souls and conflagrate bodies. They require little motivation for the havoc they wreak, happy to revel in the destruction they cause—thrilled at any opportunity to watch the world erupt in discord around them.

Destruction mechanics are in a solid place overall and are already a good match thematically, so we’re taking the opportunity in Legion to provide additional polish on existing gameplay. While resource mechanic functionality isn’t being drastically overhauled, we’ve changed Burning Embers back to Soul Shards. Not only does this return consistency across all Warlock specs, it also reestablishes the Soul Shard as the iconic source of Warlock power.

To give you an idea of the Destruction Warlock in action, here’s a basic look at their core combat abilities:

Additionally, to provide a glimpse at how some talents may build upon this, here’s one example of a Destruction-specific talent: 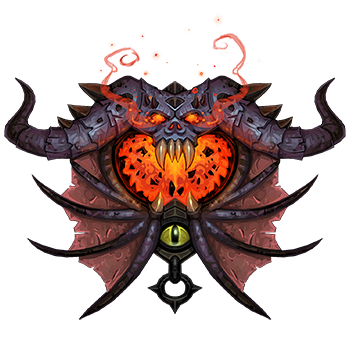 We hope you’ve enjoyed this early preview of our approach to class and specialization design in World of Warcraft: Legion. We’ll continue our review later today with a look at Death Knights and Shaman.